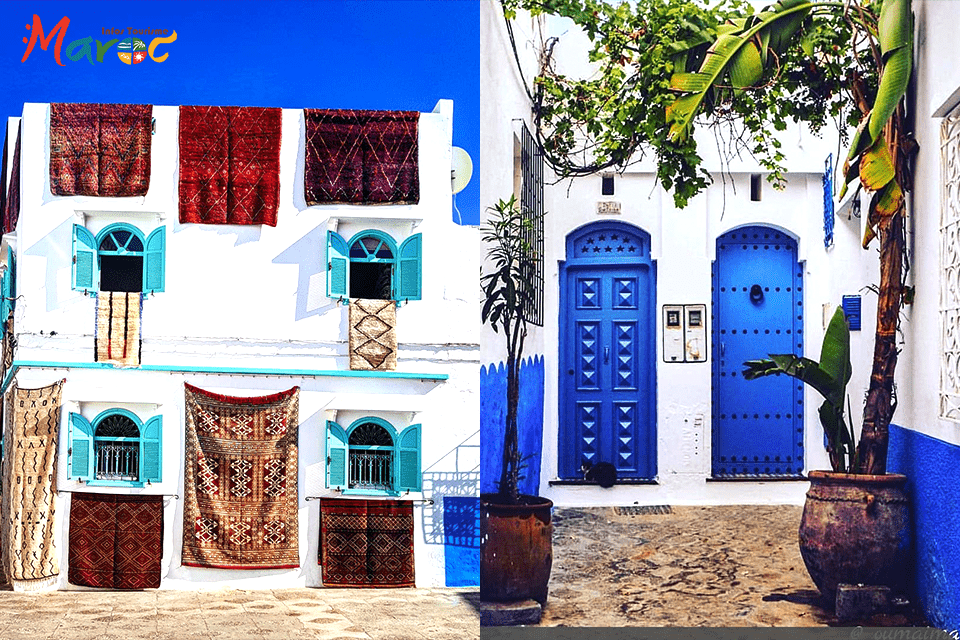 In November, Asilah enjoys nice sunny weather with an estimated 11 rainy days for this month. You might get rained on from time to time.
Average temperatures are between 14°C and 20°C but can go down to 4°C and up to 26°C depending on the year.

This city of 29,000 people is still authentic. You will meet women who come down from the Rif to sell their products at the market with big hats on their heads decorated with colourful pompoms.
Asilah has always attracted the world to itself, Phoenicians, Romans, Vandals, Normans, Idrissids, Umayyads, Portuguese, Spanish, Austrians and Alawites have fought for this city in northern Morocco with a fierceness that can perhaps be explained by its unique charm.
Artists have the opportunity to express themselves on the façades of the medina, which keep these murals for a year until the next street art festival. 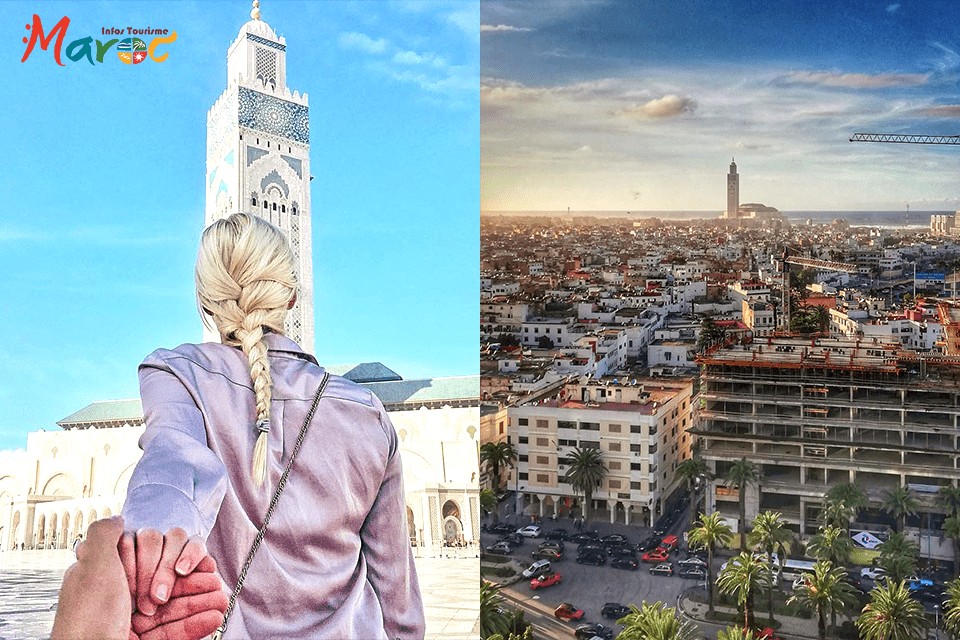 Casablanca's climate is mild in autumn, with a sea breeze on the beaches. You can swim until October or even November. The winter season is relatively short, preceded and followed by periods of rain in November and March.
The largest Moroccan city and premier metropolis of the Maghreb, Casablanca is above all a very dynamic economic and financial locomotive, quite far from the haven of peace sometimes sought after by its tourists! The city stands out in particular for its architectural development, especially its heritage from the 1920s, and its multiple sources of inspiration. One can thus discover monuments of Arab-Andalusian style, Art Nouveau, Art Deco, as well as Cubism. Tourists particularly like to visit the Mohammed V square, where they can admire the architecture bearing the signature imprint of the colonial style which is a fusion called “Mauresque”. This district is currently undergoing major renovation and the construction of a new national theatre. 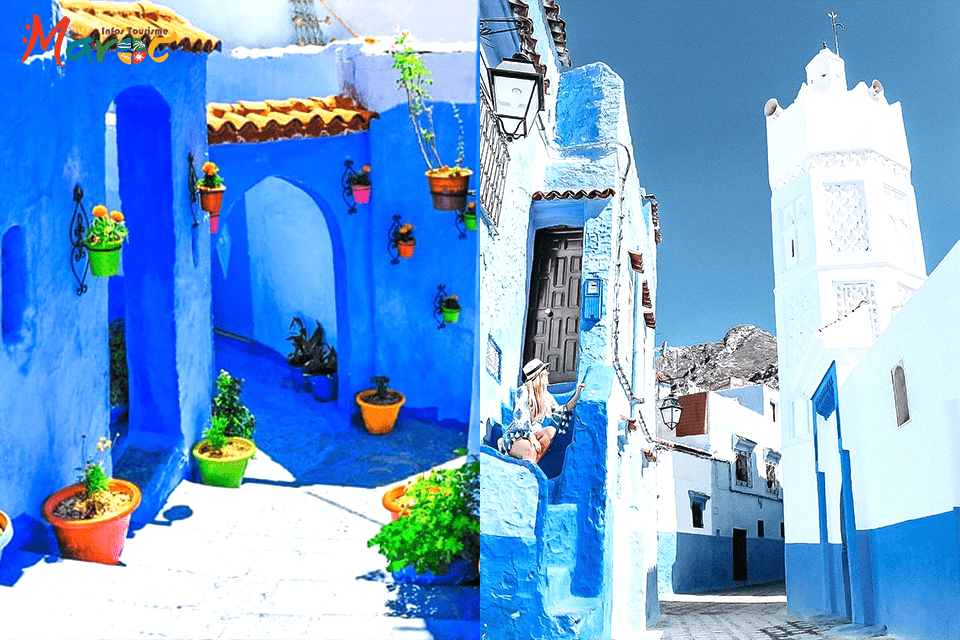 Chefchaouen is a town where the facades of its houses are tinged with blue and white so the whole town seems to be bathed in azure. It's like a dream walking around. In November, Chefchaouen enjoys a sunny weather with 7 days of rain estimated for this period. You might get wet from time to time.
Taking advantage of its location on the mountainside, Chefchaouen is also a paradise for walkers who can take trails that offer pleasant hiking opportunities. To pass through them is to discover another Morocco. 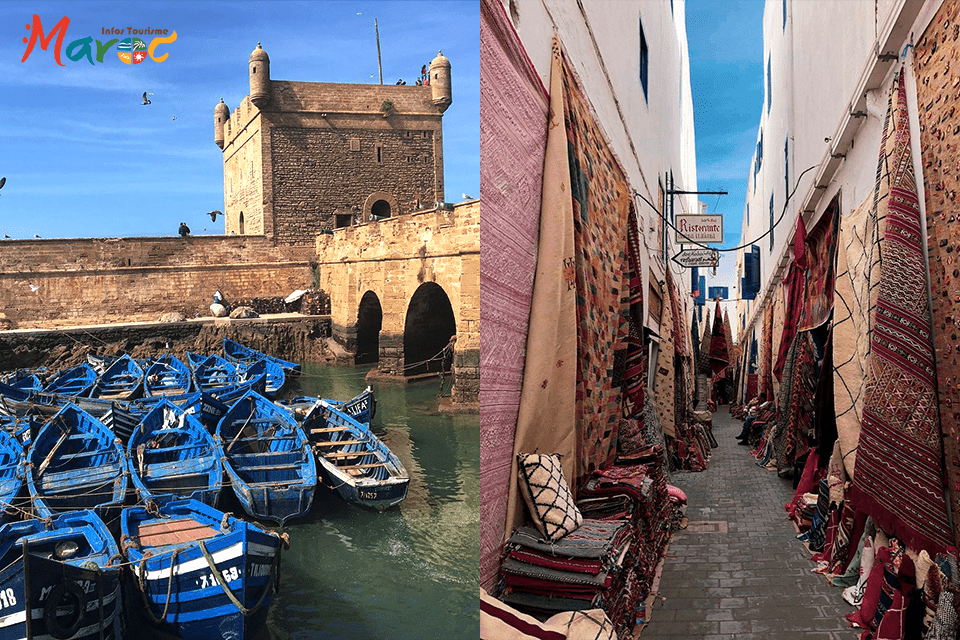 Essaouira is a port city along Morocco's Atlantic coast and is one of the country's many tourist destinations.
In November, Essaouira enjoys sunshine with little risk of rain. You should be able to keep dry! The temperature during the day is pleasant but it gets cold quickly at nightfall.
It is the ideal place for people looking for a change of scenery while enjoying the tranquillity of a quality tourist destination. Essaouira abounds in cultural and historical riches, the smell of thuja carvings and spices. 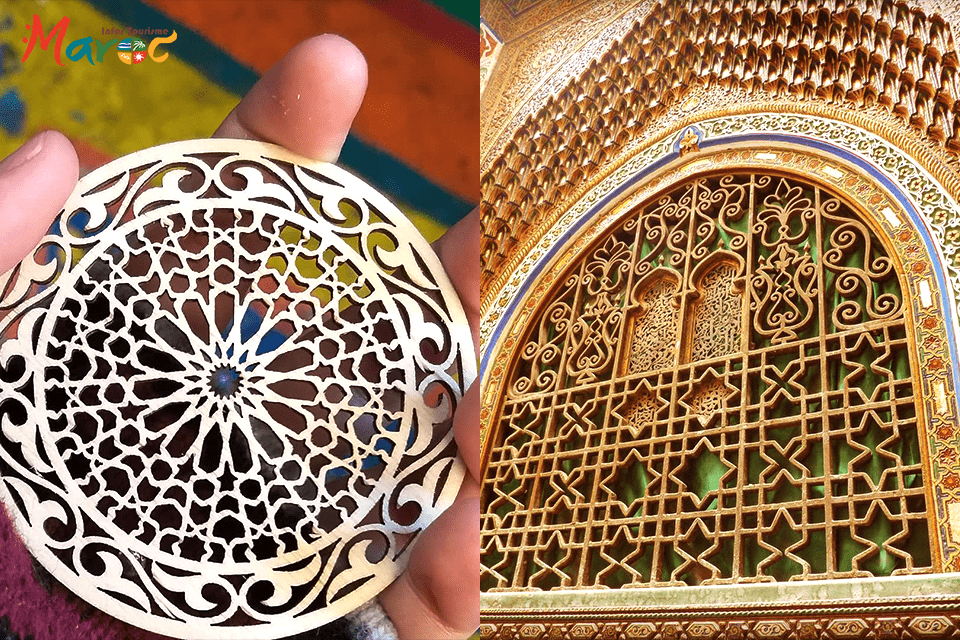 The city of Fez is located near the Middle Atlas, whose hills are next to the fertile high plateau of Saïs. It is the capital of the Fez-Meknes region.
Between the immense medina, the mosques (one of which houses the oldest university in the world), souks, museums, madrassas, monuments, palaces, fondouks and fountains there is something for everyone.
The climate is pleasant - too hot in the summer, Fez is ideal to visit during the autumn.
The enormous medina listed as a UNESCO World Heritage Site is the must see in Fez. The largest madrassa is that of Bouanania, dating from the mid-14th century. The Karaouine mosque, dating from the 9th century, was also the first university in the country. Around them, merchants and craftsmen grouped together to form their own souks for their products. Many museums and fondouks are to be discovered on a visit to Fez. 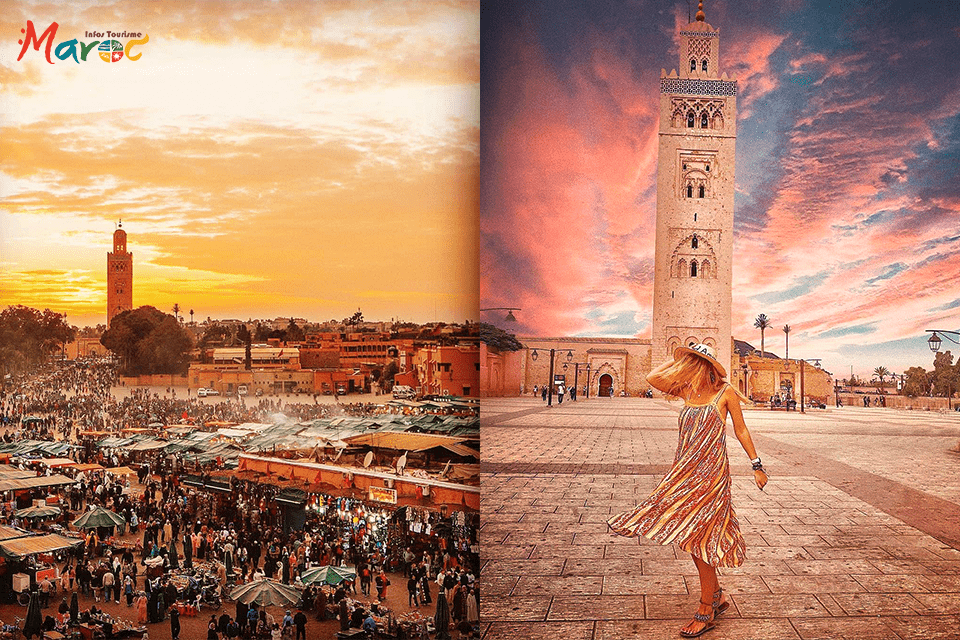 In the heart of the medina, the Djemaa el Fna square, the nerve centre and symbol of the city is the place where tradition and folklore tend to meet. All around it stretches the medina, surrounded by its ramparts, a veritable labyrinth where you will be happy to get lost.
In November, Marrakech enjoys a good amount of sunshine. You should be able to stay dry in this autumn period with pleasant temperatures.
Many remarkable monuments such as the Koutoubia Mosque, the Ben Youssef Madrassa or the Bahia Palace, testify to the historical dimension of Marrakech. This is an experience in its own right, either during the day or night, which will leave you with good memories. 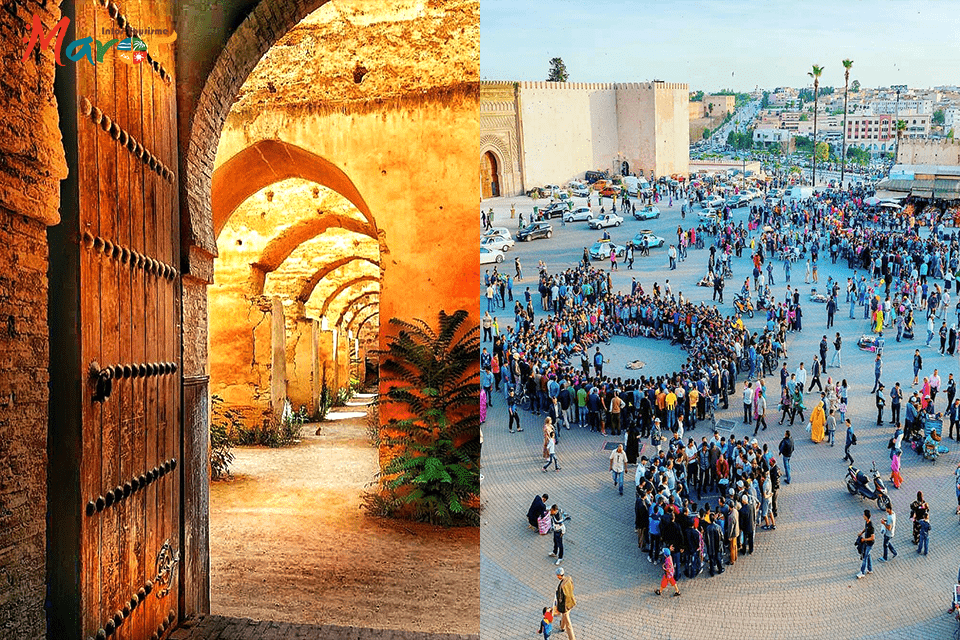 The city of Meknes, a UNESCO World Heritage Site, is one of the four imperial cities. Its green minarets and the monumental gates of Bab-Jema-en-Nouar and Bab-Mansour bear witness to this. The old imperial city houses the mausoleum of Moulay Ismail with its magnificent painted cedar ceilings. The medina has a museum that is also worth a visit, the Dar Jamai Museum, housed in a splendid mansion dating from 1882. Meknes, smaller than its neighbour Fez, invites visitors to wander through the narrow streets to discover the wonders of this bewitching city.
In November, Meknes enjoys good sunshine and a pleasant temperature.