A Selection Of Must-See Places In Ouarzazate And Around

The Hollywood of Morocco or Holly-Ouarzazate is a caramel-coloured oasis enhanced by the cloudless azure of the North African sky and its innumerable adobe Kasbahs, arid mountains and plains, green valleys and oases, palm groves and villages of red or ochre earth. These give the region its charm and its tourist appeal.
The symbol of the city is the Kasbah of Taourirt which belonged to the Glaoui and was built in the middle of the 18th century. 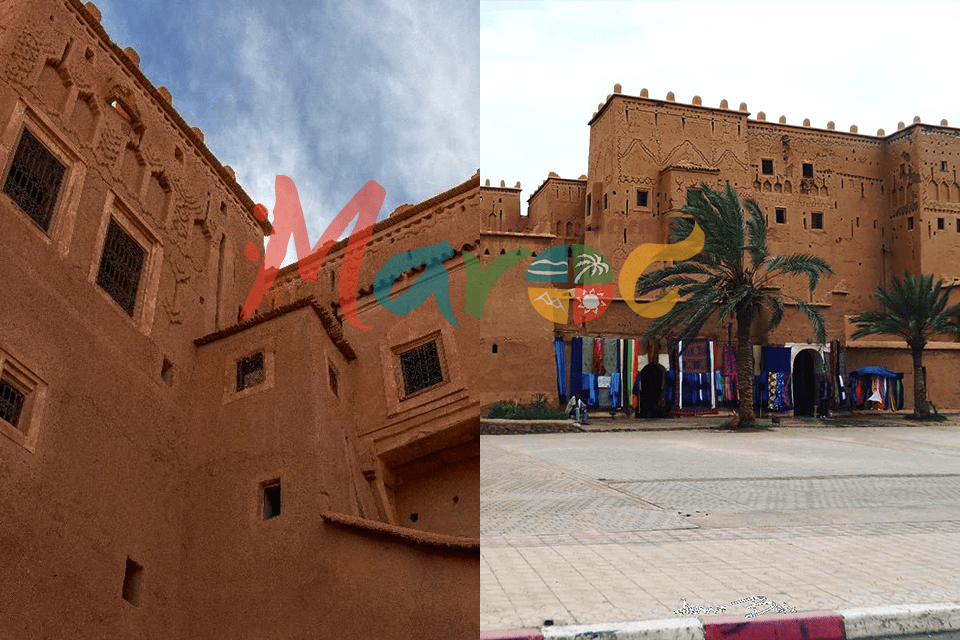 The Kasbah is located on a hill in the urban centre of the city of Ouarzazate. This building occupies a strategic position at the crossroads of ancient caravan passages, at the confluence of two main rivers: Assif Dades and Assif Idermi (the River Ouarzazate).
The Kasbah currently consists of four parts - the south-eastern part occupied by the Centre for the Conservation and Rehabilitation of the Atlas and Sub-Atlas Architectural Heritage, the north-eastern part restored in 1996 and open to visitors, the part called "Stara" occupied by its inhabitants and a central part in ruins. Discover the Kasbah of Taourirt. 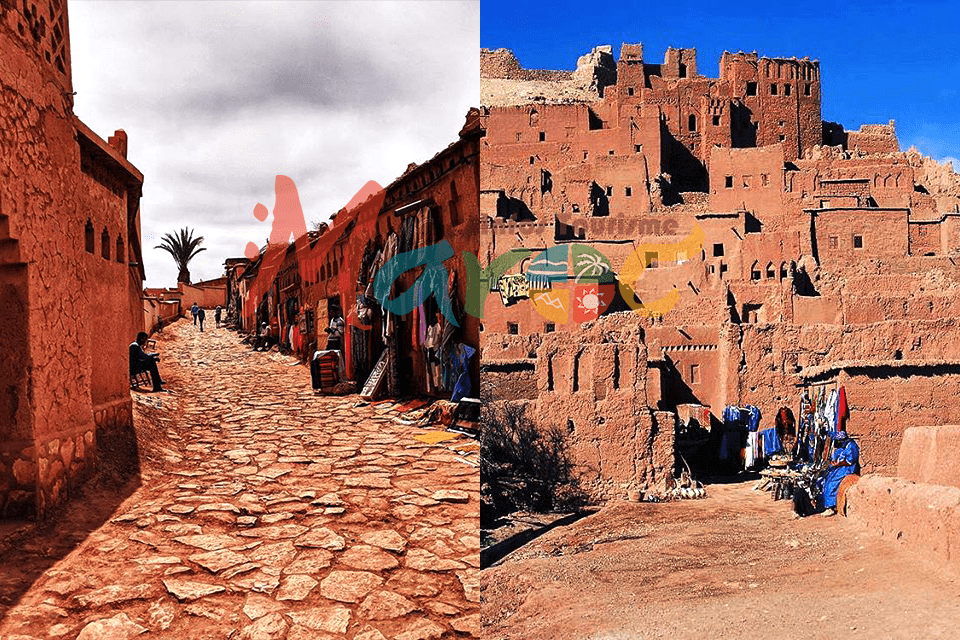 The village is a group of earthen buildings surrounded by walls, a Ksar, which is a type of traditional pre-Saharan habitat. The houses are grouped within its defensive walls which are reinforced by corner towers.
Some of its dwellings appear to be small castles with high towers decorated with mud-brick motifs.
The oldest buildings date back to the 17th century. A UNESCO Heritage site. 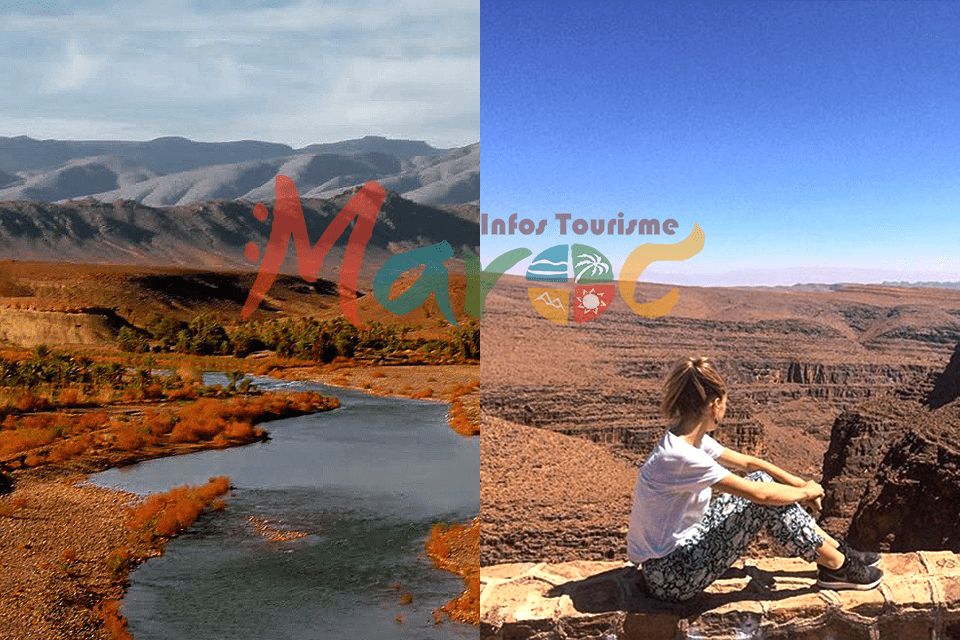 The Draa has been known since the Romans called it Darat. The waters of the Draa are used as much to irrigate palm groves as for other commercial crops. The Draa Valley is a large oasis, one of the most spectacular in the world.
This is where the Atlas meets the Sahara to form one of the most tortured and beautiful landscapes of Morocco. 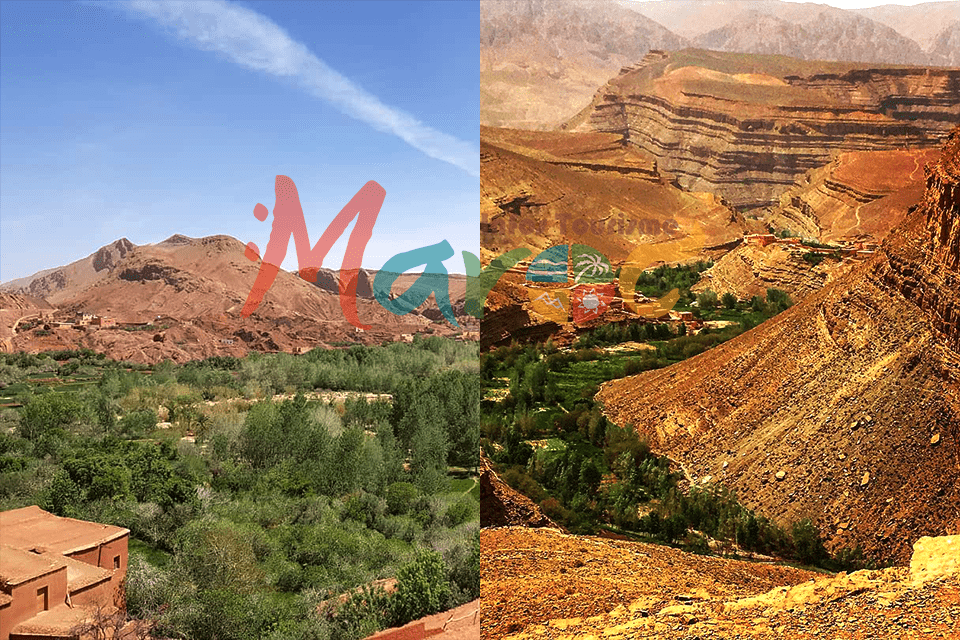 The Dades Valley is part of a very popular tourist itinerary. The Dades is a river that irregularly irrigates its valley. Between the arid summits and the desert landscapes that surround it, the valley takes on shades of green thanks to the market gardening that it supports. 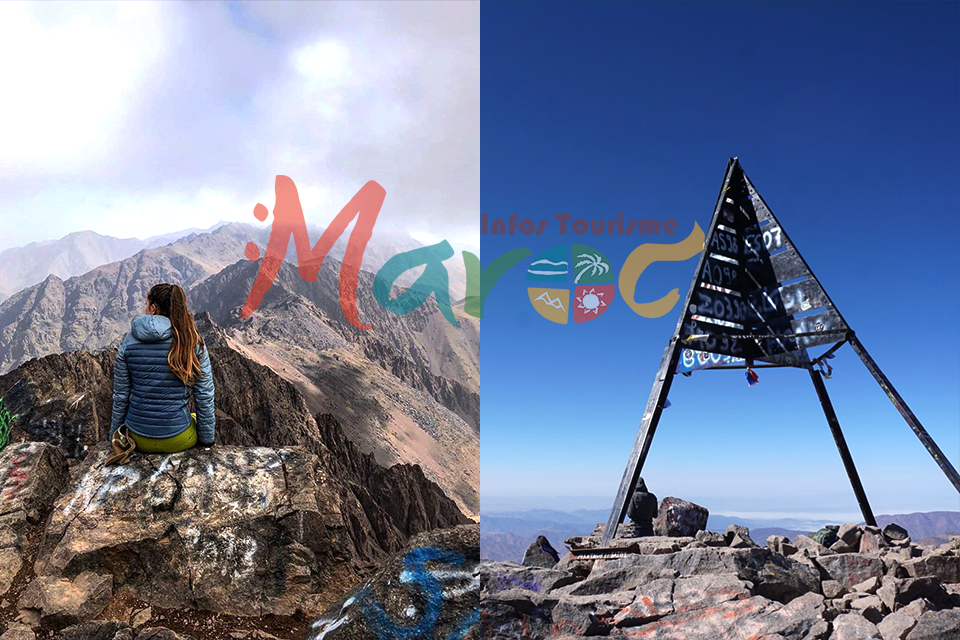 Travelling in the High Atlas, trekking and hiking enthusiasts will naturally venture into the Djebel Toubkal National Park, the highest mountain in North Africa at 4,167m.
There are many possibilities for hiking and the park is endowed with an exceptional natural diversity in flora and fauna.
Travelling through vast forests of holm oaks, thujas and junipers, you will encounter contrasting landscapes of plateaus and cliffs.