Starting from Casablanca airport and wanting to go to Essaouira by car?
Infos Tourisme Maroc will guide you to find the right tourist route to take by road. 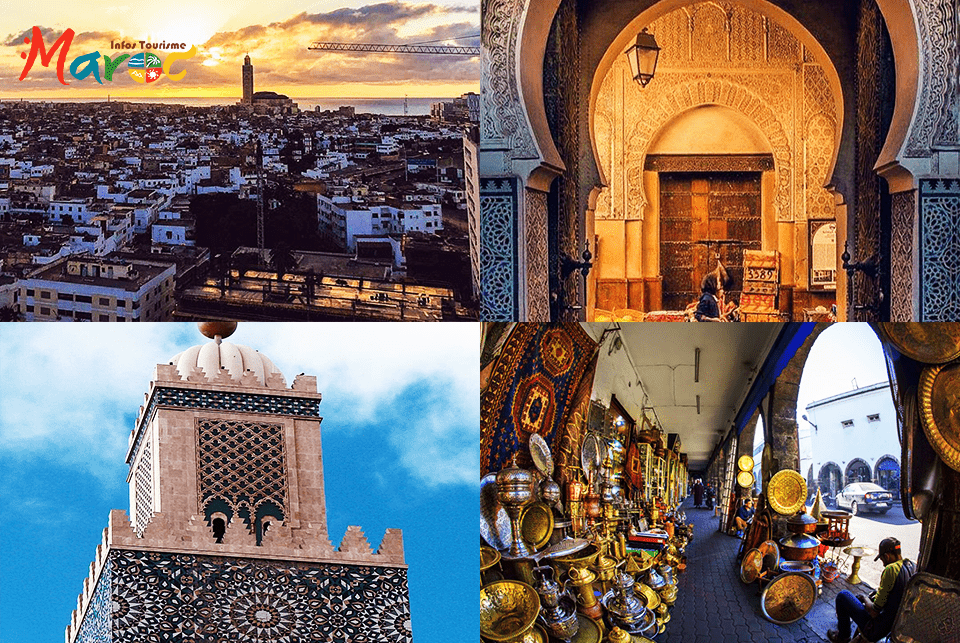 Before leaving Casablanca, don't forget to visit this important port city of Morocco, which has a lot to offer to visitors. Its bustling streets hide architectural gems, which are worth the time to take an interest in.

Discover the Art Deco district and its white facades or let yourself be carried away by the aromas of the spice souks of the old Medina and also of the new Medina, in a city full of surprises. 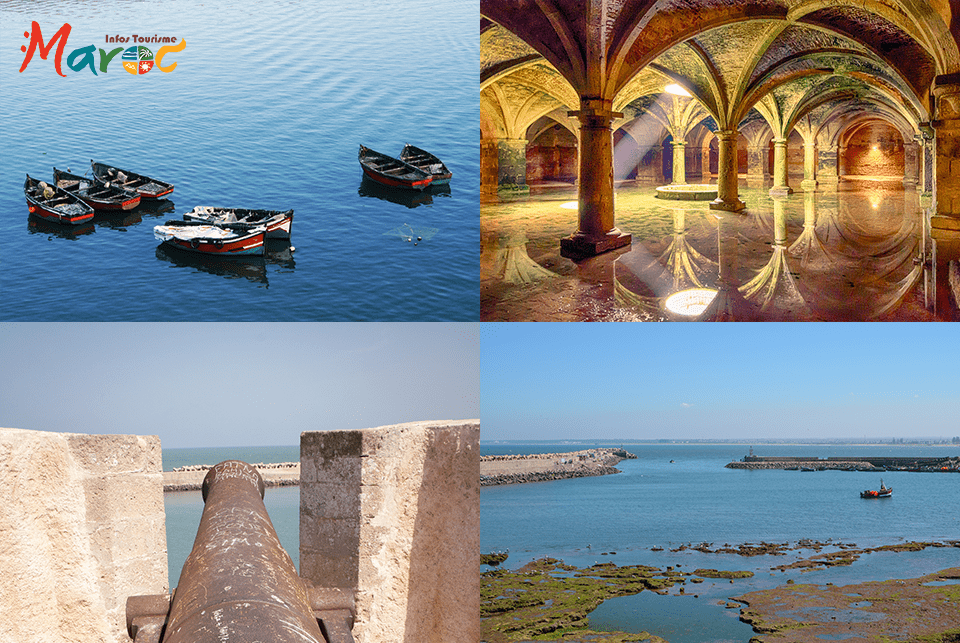 Distance by car: 106km. Drive south from Casablanca towards El Jadida, where you will find one of the most beautiful and mysterious historical places of Morocco, listed as a UNESCO World Heritage Site. It is the Portuguese city, one of the first monuments created in Africa by Portuguese explorers on their way to India, an exceptional site with crossover influences of European and Moroccan cultures from the 16th to the 18th century.
The beach of El Jadida is a popular destination for all summer visitors looking for a swim and a change of scenery.  Every year, it captivates and yields to thousands of suitors from all walks of life in search of natural freshness. It is a city in full development, which has grown from 3 districts to 7 in just a few years.

Between El Jadida and Safi there is the seaside resort of Oualidia, which is a village of fishermen and fish farms, whose incredibly diverse landscapes, rich historical remains and cultural heritage make it a prime choice. This seaside village owes its name to its founder, the Saadian Sultan El Oualid. He had a Kasbah built there in 1634 to defend the access to the port located in the bay. 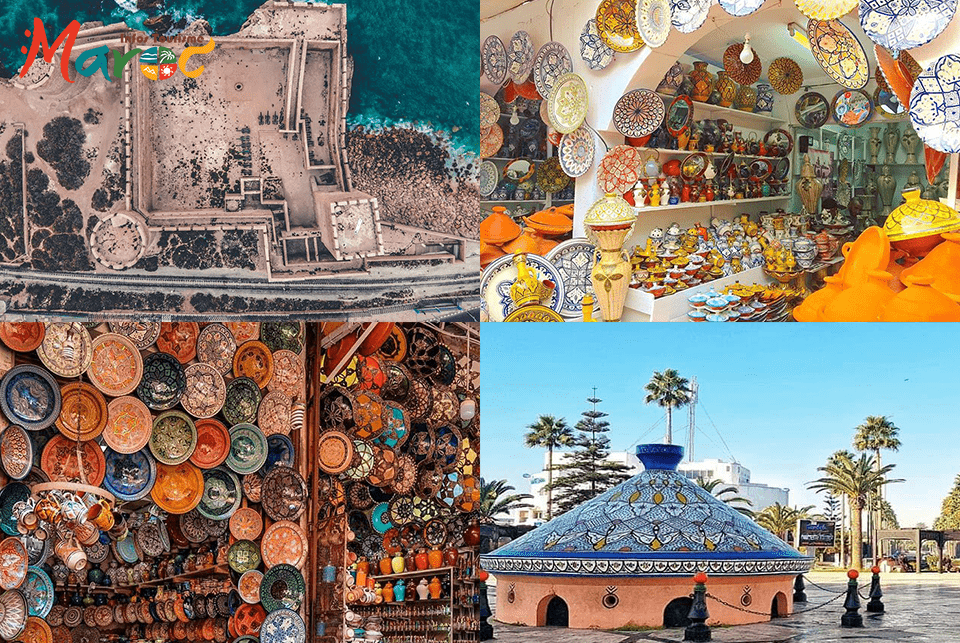 Continuing southwards towards Safi, you will find potters' neighbourhoods that particularly catch your eye.
Craftsmen scurry there, apply themselves to their potter's wheel and make marvels of terracotta and clay which they then display in the windows and stalls of their shops. Safi is one of the Moroccan capitals of ceramics along with Salé.

SAFI TO ESSAOUIRAON THE ROUTE NATIONALE VIA R301::
Essaouira welcomes you to its territory with its year-round mild climate. It is a city where you will take pleasure in discovering its bustling souks and its famous medina, listed as a UNESCO World Heritage Site since 2001. You will want to visit Essaouira's ramparts, these vestiges which tell you the broad outlines of the history of the city.
Essaouira offers you about ten kilometers of beaches, lined with olive trees or Argan trees. Camel riding on the wild coast of Essaouira is a unique experience not to be missed.
It’s a small town full of charm, which will leave you with unforgettable memories.